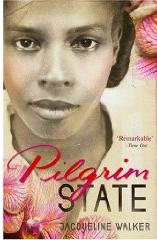 Jacqueline Walker was born in New York and moved to London as a child in 1959, as a part of the Windrush generation of Caribbean migrants that began arriving in 1948. Pilgrim State is a memoir from 1951 to today, that draws upon Walker’s experience of growing up in post-Windrush London in the early 1960s. Yet Walker also focuses on her mother Dorothy Walker’s experiences, as well as on their relationship throughout their lives.

Dorothy is as a poor, black, single mother who arrives in London to work temporarily and then move back to the Caribbean. However, the London that she encounters is ‘a place of struggle against overwhelming obstacles: marginalization, segregation, and solitude; an alien climate and built environment; racism, poverty, and cultural conflict’ (Ball, 2004, p. 6). Not only does Dorothy face barriers of race, gender and class in her quest to house, feed and educate her children, but ultimately her children are taken away due to ‘neglect’ and placed in foster care. As Walker explains in the website for Pilgrim State, the book ‘began as a family project, a way to find out more, not just about my mother; like many children who had been in Care, our family had little information about what had happened to us as children’.

The memoir is divided into three parts, with shifts in narrative perspective, both in person and time: ‘Dorothy –- The Mother’, ‘Jackie –- the Daughter’, ‘Jackie –- the Mother’. Part One presents Dorothy’s point of view, Part Two is Dorothy’s story from the child Jackie’s perspective, and in the third part, an adult Jackie –- mother of Eleanor -– reflects with her daughter on Dorothy’s experiences. The thematic focus on the relationships between mothers and daughters is further reinforced by the prologue and epilogue that frame the memoir, which reveal the Demeter and Persephone myth guiding the story. Like all myths, this one is retold for the universal truths it carries: the sure knowledge and complexities of the separation of mother and child, the human capacity for resilience in the face of obstacles, and the anxiety and determination inherent in the quest for justice.

Overall, however, the most remarkable aspect of the book is Walker’s astute representation of an American mental facility –- Pilgrim State –- and of the combined psychological effects of trauma, racism and poverty on a young, single, black mother. The memorable opening pages draw the reader into the world of Pilgrim State mental facility which opened in New York State in 1941; it is from this facility that Dorothy fights to retain her sanity as well as her children. Dorothy’s struggles extend far beyond post-partum depression as she travels between Jamaica, New York and London and as she battles challenges not only to her gender and race, but also to her very sanity itself.

Although literary depictions of the Caribbean migrant in London are not new –- many black and South Asian British writers published since 1970 depict the effects of migration and settlement on first and second generations (Weeden, 2008, p. 18) –- Walker’s focus on the experience of the young, single, black mother, as well as a girl-child’s experience of immigration, is distinctive. This thematic focus, along with the unique structure of the narrative as memoir, renders the work innovative within black British writing. In Pilgrim State, Walker successfully recreates her mother’s life in homage to the remarkable woman that she was, despite facing obstacles of prejudice and loss across three continents.