The suburbs get much less attention in literature than London’s inner city. The novelist Nigel Williams doesn’t challenge the conventional view of the commuter suburb as drab and uniform – the abode of the little man. But in uncovering suburban man’s fantasies, lurking just beneath the surface in neat middle class homes, he finds a place where human nature is given more space than in the much less human localities at the heart of the city.

Wimbledon is synonymous with suburbia – the capital’s best known suburb simply because of a tennis tournament. It lies in south-west London at the end of the tube’s District Line. If there’s anything else Wimbledon is known for, it’s Nigel Williams’s ‘Wimbledon trilogy’. Of these the first The Wimbledon Poisoner – the story of solicitor Henry Farr’s clumsy attempts to kill his wife – is the most well-known. Williams adapted it for BBC television (it starred Robert Lindsay and Alison Steadman). The most renowned of his dozen or more novels, it is the epitome of the author’s curiously ambiguous take on suburban life. 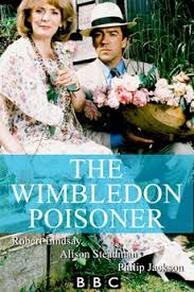 In his earlier novels, Nigel Williams’s engagement with central London is critical, portraying the city sometimes as soulless and at other times as positively dangerous. In his fourth novel, ​Witchcraft (1987), Williams introduces suburbia as a positive alternative. For the narrator, a screenplay writer called Jamie Matheson, Putney  – where Williams made his own home, and among the most central of London districts with a claim to suburbia – represents a refuge from the dangers of the city. This refuge is compromised however by Jamie’s extra-marital affair, and by an obsession with a Puritan witchfinder which becomes so pronounced that Jamie comes to see himself as ‘The Beast of Putney’.

In The Wimbledon Poisoner, Williams shifts his focus so far from central London that the city intrudes only occasionally. After an initial scene in Henry Farr’s pitiful office in the legal practice at Blackfriars, there are only incidental references to his work. London itself is summed up in the description of Blackfriars station as ‘all soot and sickly neon’. The suburb is now Williams’s primary landscape – he presents suburbia as a more genuine alternative to city life. A sense of locality is evoked as Wimbledonians impose their identities on the streets and houses where they live, and as they act as a community when, for instance, consoling the doctor’s widow for the loss of her husband, or in the posse they form to chase the Poisoner onto Wimbledon Common.

Henry Farr is a careful observer of his suburban environment. He considers the Wimbledon way of life to be just as real as that of any people deemed worthy of study by anthropologists. As he passes along Maple Drive, Henry reflects on what goes on in various neighbours’ houses. He gives nicknames to his neighbours based on their individual quirks, and he watches the changing fortunes of the area’s houses ‘in the way a countryman might watch the seasons’. There are strong currents of life below the surface of suburbia. The shrine erected to the dentist by his widow, before which she masturbates naked to a recording of the song ‘Guantanamera’, is a graphic illustration of the remarkable things which happen behind suburbia’s closed doors.

While Robert Rankin’s ‘Brentford Trilogy’ – The Antipope, the first title, appeared in 1981 – relies on the underestimation of suburban life, The Wimbledon Poisoner offers a more complex perspective. When the publisher Karim Jackson declines Henry’s monumental ‘The Complete History of Wimbledon’ on the grounds that it won’t appeal to international readers, Henry reflects that Wimbledon is ‘as much a mystery to them as the Orinoco was to Henry’. It is not surprising that the outside world underestimates Wimbledon, however, since the suburb itself has lost touch with its own character. Henry’s fellow Wimbledonians are ‘simply too lazy to try and remember’ their history: they ‘lacked confidence in their own values’ and he senses ‘a failure of nerve’. 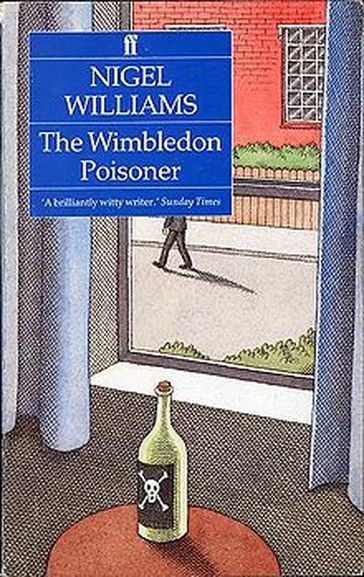 Exoticism is kept well behind closed doors, and consequently, despite the variety of human experience available to the observer, Wimbledon is superficially dull. Indeed, Henry looks to this aspect of suburban life to help him escape detection as a murderer by emphasising his drabness, and thus blending into the background.

Another reason for the underestimation of Wimbledon is that it is the home of the ordinary man. One character, himself described as ‘a nice bloke’, champions those ‘who just want a mortgage and a little house and get on with it’. The placid surface of conformity remains unruffled: in the café near the windmill Henry sees couples ‘staring out at their limited, peaceful horizon’. At times, this parochialism challenges Henry’s convictions: he wonders at one point whether it might be ‘rather absurd to be obsessed with a few square miles of suburb’. Such doubts about Wimbledon’s importance are ‘the kind of thoughts that kept Henry awake sometimes’.

This threat is met with a resistance to change which begets a flirtation with racism. The ‘nice bloke’ sees England as degenerating into ‘a refugee camp’. The novel’s police inspector equates cosmopolitanism with poison in the system of English society. Karim Jackson capitalises on this attitude: though he refers to ‘Paki bastards like me’, he has no connection with any part of the Subcontinent. His real name is Dave, his dark skin colour fortuitous.

The tone of Williams’s portrayal of suburban life, so clear in Witchcraft, is thus fraught with ambiguity as presented in ​The Wimbledon Poisoner.  On the one hand, he rejects the ‘unreal city’ in favour of the more real, more human life of the suburbs; on the other, he exposes the suburb’s reactionary parochialism in the face of the threat of the wider world.

The ultimate reality of the suburb is the surrender of those who try to resist the inertia it begets. The aftermath of the dramatic unmasking of the Wimbledon Poisoner is that the affair is, in due course, forgotten, not just by everybody else but even by Henry himself. Henry forgets ‘almost everything that he didn’t absolutely have to remember in order to pay his mortgage, feed and clothe his wife and daughter and get reasonably drunk three nights out of four’. The one thing he does not forget is that, once, he decided to kill his wife; this idea remains ‘a delightful possibility’, but only because it is a fantasy which cannot come to pass.

The world of Williams’s novels is largely one in which bewildered men fumble to come to terms with a reality increasingly beyond their grasp. The fantasies they construct as a reaction to life’s trials ultimately come crashing down, and they have to face (usually with the aid of a woman) the reality that life is about people rather than ideas. While Williams’s suburbia is a place where possession by the dead, revenants, space aliens and fictional characters intrude, and where issues such as racism, feminism, religious intolerance and alternative sexual orientation threaten to upset the equilibrium, it is also a place where the disproportion of the city is banished in favour of a suburban acceptance of human foibles and follies.

The Wimbledon Poisoner establishes the thematic and stylistic parameters of the other titles in the trilogy, They Came from SW19 (1992) and East of Wimbledon (1993). It sets the agenda for Williams’s subsequent novels, where the suburb remains the place of the little man, while beneath its surface exist strange passions and make-believes – an environment where human nature is seen, for all its strengths and frailties, as the ultimate reality.