The Plato Papers is set in the distant future. Far from being a work of generic science fiction however, it embodies a warning based on one of Ackroyd’s principal preoccupations, the perpetual survival of London. As novelist and commentator, Peter Ackroyd has explored this aspect of London’s character increasingly throughout the last quarter of the twentieth century, bringing his ideas together in London: The Biography (published in 2000). His belief in a perpetual London is founded not solely on physical grounds such as architecture and geography, but also on a metaphysical conviction about the enduring character of the city. As John Dee puts it: ‘All is now as it was then, and will always be, for the city is so compacted of virtues and humours that it can neither decay nor die’ (The House of Doctor Dee, 1993).

Ackroyd’s approach is essentially visionary, unlike that of Iain Sinclair, whose explorations seek out the remains of London’s history and invest them with a shamanistic significance. Ackroyd told Julian Wolfreys in a 1997 interview of his conviction that ‘there’s a topographical power, a topographical spirit, and it has nothing to do with ley lines, nothing to do with any of that, but it does have to do with what happens on any one spot over and over again’. Ackroyd portrays London as an eternal city, one beyond the confines of time, which maintains itself by interaction with its population and exists as an inspiration for those receptive to its mythic qualities. Thus in his narratives his characters have ‘a personal response to the city in a … particularly magical way … in a sense what they’re doing is creating London’. Interaction between city and citizen is at the heart of London’s story. 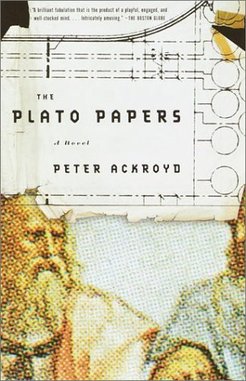 In Ackroyd’s eyes, the nature of London is a combination of myth and fact, a blend of imaginary reality and actuality which the visionary can perceive. Thus when invited to give the London Weekend Television lecture at the Victoria and Albert Museum in 1993, his theme was ‘London Luminaries and Cockney Visionaries’, concluding with a warning of the necessity to maintain this vision: ‘if we lose sight of our city – if we lose sight of our inheritance – then we lose sight of our own selves as well’. It is this crisis which he illustrates in The Plato Papers where, despite the survival of London, its citizens have lost this essential relationship with their inheritance.

The Plato Papers, Ackroyd’s final novel of the twentieth century, is set in London in circa 3700 A.D., in the fifth age as measured at that time. Plato, an orator who acts also as interpreter of history and of historical artefacts, pronounces on the four Ages preceding his own to the best of his abilities, and is seen as the arbiter of historical fact. When however he begins to question the validity of his understanding, his soul offers him the chance to see reality by withdrawing its protection. It is in this state that he becomes aware of another London, one beneath his own, and his visit to this subterranean city causes him to question his perception of reality. On his return, he brings ideas that disconcert the accepted order such that he is put on trial for the danger threatened by his teachings. Though he is acquitted, he chooses to undergo punishment in the form of exile from the protective walls of London rather than accept the restrictions which he can now see that life in the city imposes on its citizens.

From the outset, the theme of The Plato Papers is endurance. The narrative proper is preceded by a selection of quotations which evoke a sense of survival through crisis: the ‘London hymn’, coming from the end of the Age of Mouldwarp (1500-2300 A.D.), begins, ‘We who survive, we scoured ones’, and the ‘Proclamation, 2350’ reads, ‘The holy city restored. Ourselves, revived’. The ‘Letter from Popcorn to Mellitus’ of a century later speaks of great regeneration, including a restoration of ‘the labours of distant antiquity’.

There is little descriptive detail given about the London of 3700; Ackroyd’s priority is to stress London’s survival. The geography of London has endured; references occur to the areas of Shadwell, Finsbury, Mansion House and the Savoy, amongst others, and specific streets are mentioned. As is only to be expected, there are differences: for instance, Piccadilly Circus, Elephant and Castle and the South Bank are in ruins. However, some of these differences speak of the re-emergence of an earlier London than that familiar to the reader: the Fleet and the Tyburn are no longer covered over, and London is again a walled city. Thus the London of the reader’s future is, despite the changes of the millennia, quite close to that of the past.

This proximity to the past is underlined by a series of artefacts which come to light as the past makes its presence felt. These artefacts show however that, despite its proximity, there is a lack of real engagement with the past in Plato’s London. Ackroyd has used in earlier novels the motif of archaeological evidence to highlight the need for engagement. In Hawksmoor the architect Nicholas Dyer condemns Christopher Wren and Reverend Priddon, vicar of St Mary Woolnoth, for their short sighted derision of the ‘Heathen Rubbidge’ they find in the ruins of churches being rebuilt. First Light sees the finds at the Pilgrin Valley dig confuse the archaeologists working there as, unaware of the importance of the Mint family’s ancestor worship, they cannot interpret the finds according to normal patterns. So, when a piece of scaffolding is unearthed near the site of the Lloyds Building on Lime Street, marked ‘Ove Arup and Partners. For the Lloyds Building’, Plato interprets it as the medieval London maypole which stood by Saint Andrew Undershaft. The London Underground map, though of disputed purpose, is possibly a ‘sacred symbol of harmony’.

Plato’s public explanations of surviving artefacts from the Mouldwarp period are a source of humour for the reader, but this humour is incidental to the foregrounding of Plato’s ignorance borne of the general dismissal of the past by London’s citizens as unworthy of investigation. The ignorance of 3700 A.D. Londoners is a buffer against the insistent presence of the past. That London is again a walled city is symbolic of the closed attitude of its citizens: London is a safe haven, and its citizens find protection within its walls. Plato’s interpretations of the past offer his fellow citizens ‘the only way to maintain confidence in the reality of the present world’. As Ackroyd warned, these citizens of the future have lost their inheritance.

The necessity for engagement is a feature of the Ackroydian protagonist; beset by doubt about his own engagement with the past, Plato declares dramatically his need for certainty: ‘Sometimes I feel that it is all pretence, and that I should take doubt like a dagger and plunge it into me. When I am wounded, then I might speak the truth’. That Plato might discover the truth, his soul withdraws its protection, allowing him to find Mouldwarp London still in fact in existence underneath his own. The motif of a subterranean London has been used already by Ackroyd, in The House of Doctor Dee: John Dee enters a mythic London described in terms suggestive of the New Jerusalem, where all differences are healed. Dee descends into a London which ‘seemed to come from some new heaven or new earth’ and he is greeted by Jennings the tramp who has reached a kind of apotheosis: ‘I am no longer solitary walking, but exist in all things’ . As Jennings explains, ‘this city is formed within the spiritual body of man’. 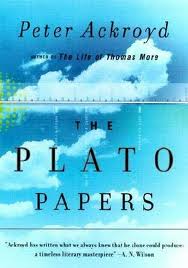 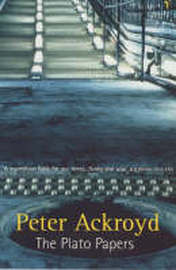 Plato’s experience is not of a mythic London, but of an alternative reality, the culture shock causing him to question not only his view of the past, but also the nature of the reality perceived by himself and his contemporaries. The features of this underground city are those familiar to late twentieth-century Londoners, but strange to Plato. It is noisy, even at night, and he sees office blocks and houses, street lamps and birds perched on buildings. However, the focus is again on the citizens rather than the place, and Plato speaks of people isolated from each other, walking around wrapped in their own concerns. He speaks also of a stratified society, of those ‘who seemed to live in a different time’, and he walks by ‘the sacred Thames,
where the outcasts slept’.

Like Plato’s London, Mouldwarp London has forgotten its own history, despite the imminent presence of the past: ‘There were narrow streets in the city where I could still hear the voices of those who had passed through many years before’. Mouldwarp Londoners do not have the visionary outlook Ackroyd promotes: Plato speaks of their avoiding glimpses offered them of a life beyond the material world, and of how their souls complain of confinement. Instead they are slaves to time, clockwatching as if all that mattered were to use it up; their love of destruction manifests itself in a constant demolition and rebuilding, the city spreading continually, ‘forever seeking some harmonious outline without ever finding it’.

On his return, Plato no longer wishes to protect his fellow citizens. He confronts them with the concept of doubt, to shake their complacency with the insight he has gained. What he has witnessed causes him to invert his understanding of the concepts of time and space, and to speculate that reality might indeed be a dream. His teachings however do not bring enlightenment but anticlimax. Plato’s words go over the heads of his hearers, and the guardians of the city dismiss his message as ‘some fevered dream or hallucination’, a reception similar to that which has been accorded in some quarters to Ackroyd’s narratives. There are hints that some respond to his message, such as Myander, the daughter of his friend Ornatus, but Plato is unable to break the complacency of his fellow Londoners. Unable to accept the confinement of a life which denies ‘the presence of other realities around us’, a life which he sees as a living death, he chooses to exile himself, symbolically going beyond the safety of the city’s wall to meet whatever fate awaits him.

In The Plato Papers, Ackroyd maintains his message of the need to engage with the durability of London, with the imminence of the past to the present. This is not a message of sentimentality or nostalgia, but rather a call to appreciate the challenges implicit in this imminence to accepted ideas of reality. As such, his account is suggestive rather than descriptive, allowing a focus not so much on London itself but on the reactions and judgements of its citizens. Moreover, it prepares the ground for the appearance of London: The Biography by underlining once again the importance of a visionary reception of the concept of London and its ongoing relationship with its citizens.

David Charnick was born in Bethnal Green in 1964 and still lives there. His doctoral thesis was on ‘The Role of Evil in Old English Narrative Verse’.  He has been a fan of Peter Ackroyd’s since reading Dan Leno and the Limehouse Golem and is completing a book on Ackroyd.
​